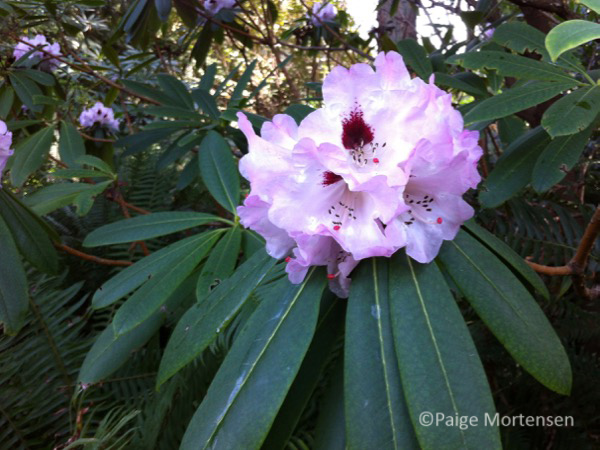 Last week I was fortunate to be in Vancouver enjoying a change of pace.  The weather was most cooperative and we enjoyed spring as we wandered around Stanley Park, walked across the Capilano Suspension Bridge, and explored Granville Island.  One slightly rainy day we spent at the Vancouver Art Gallery touring the current exhibit – Mashup.

“Mashup” according to the Oxford dictionary is “a mixture or fusion of disparate elements”. Other definitions relate mashup to music or computing.  Within the four floors of the gallery 30 curators have gathered 371 artworks (in a wide range of media) by156 artists, all part of the evolving “mashup” culture.

We had a great guided tour of the early works in this “Birth of Modern Culture”.  Picasso was one of the first when he began to experiment with collage in about 1912. One example was him trying to represent objects such as this musical instrument by showing all sides of it at the same time. 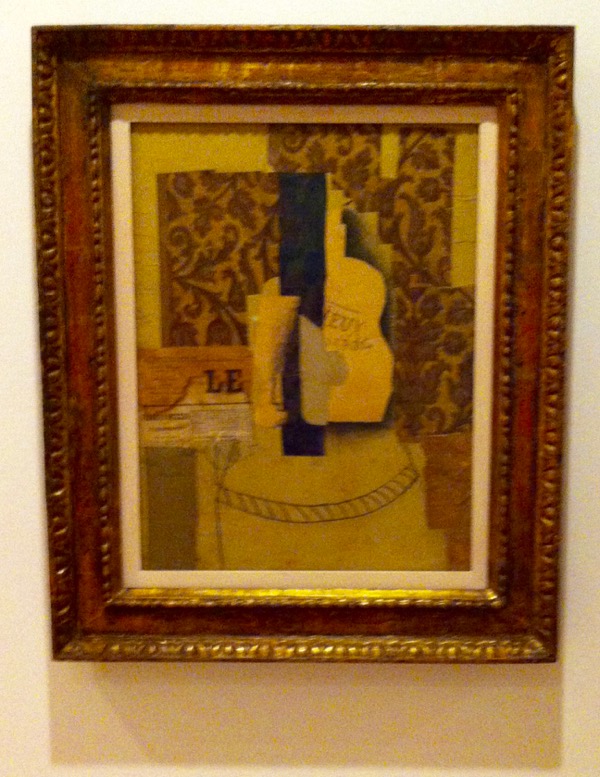 Marcel Duchamp brought ready made objects into the gallery and displayed them as art.  He was also concerned about making art accessible to more people believing that it wasn’t necessarily the original piece that was so important, rather sharing the idea of the piece. He created replica boxes of some of his exhibits so that they could travel around to people who weren’t able to get to the galleries.  This is one of these. 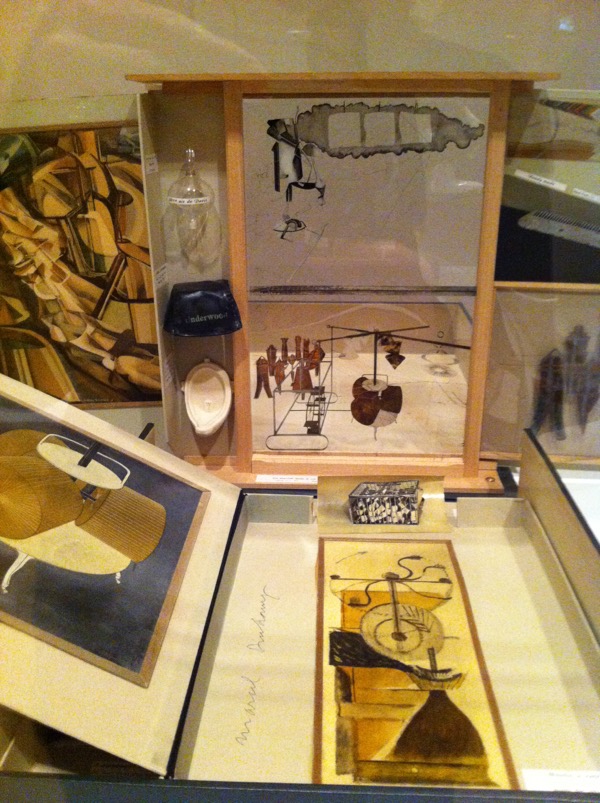 Post World War II the proliferation of mass marketing and advertising were the setting for Andy Warhol and others to bring the replication processes of mass production to their art. These two from Warhol’s Cow series are on display as well as several other pieces of his work. 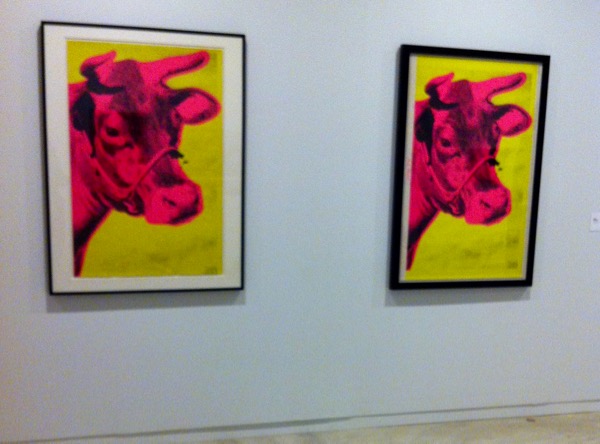 I found this sculpture (Untitled (Books) 2002) by Rachel Whiteread to be quite interesting.  It feels like the knowledge and enjoyment normally found inside books has been silenced.

Here in Saskatoon I recently heard Eugene Arcand speak as a survivor of residential schools and now part of the Truth & Reconciliation process.  He used the term “blameless shame” as a way to describe a part of the work that needs to be done by individuals and society at large.  There on the wall of the Vancouver Art Gallery in big bold letters were the words Blame and Shame. 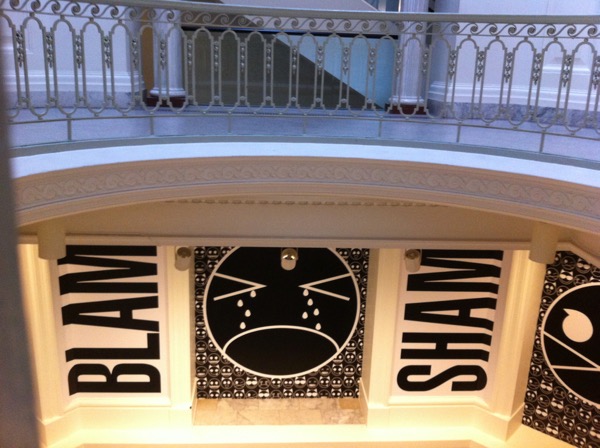 And on the floor underneath, a variation of this quote by Aimé Césaire – “Beware, my body and my soul, beware above all of crossing your arms and assuming the sterile attitude of the spectator, for life is not a spectacle, a sea of griefs is not a proscenium, and a man who wails is not a dancing bear.” 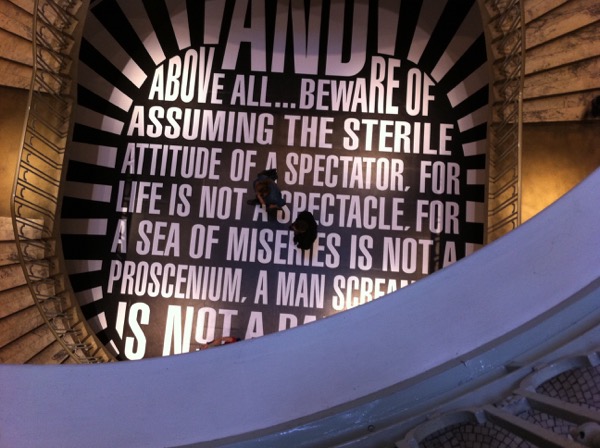 Near the end of our tour there was a room with some sort of silver “foil” covering all the walls.  Looking at our reflections they seemed appropriate as we tried to absorb all that we had seen. 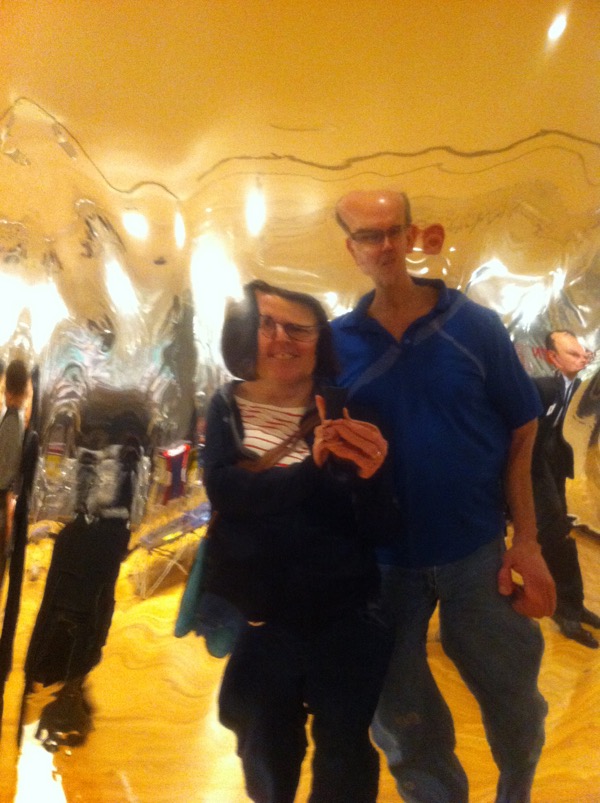 “Life is not a spectacle”. It is a participatory activity.  How can we best participate to help make our world a better place?  How have these and other artists opened our minds to help change the world?